Salvation of Dharmadev and Bhaktimata 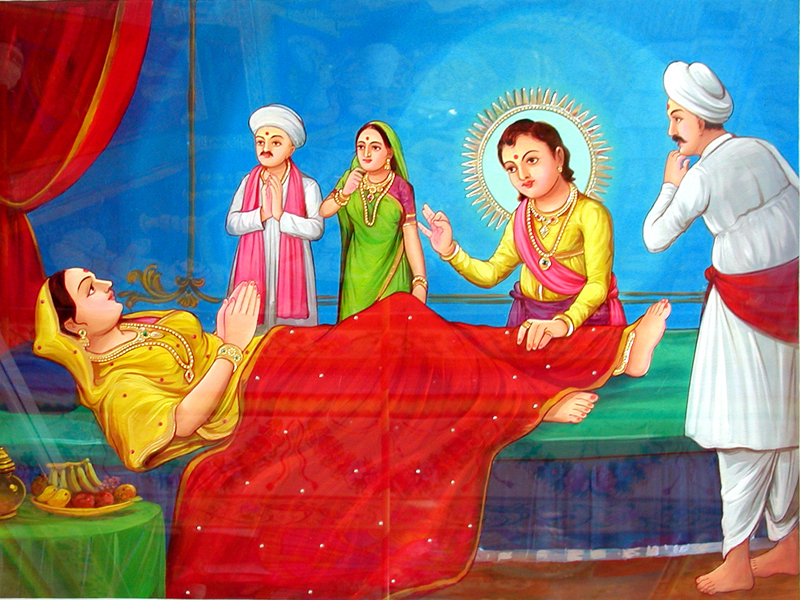 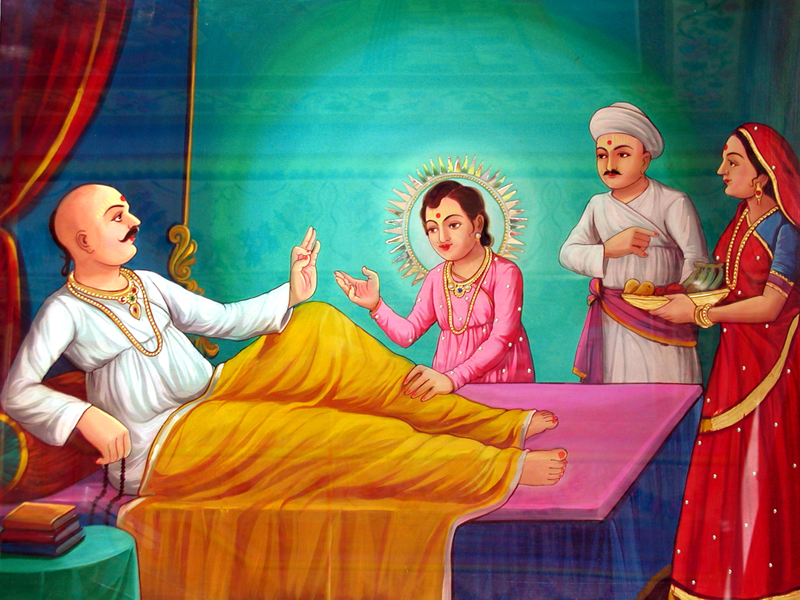 Ghanshyam served His parents till their last breath. Bhaktimata had become seriously ill. Ghanshyam gave Bhaktimata the spiritual knowledge of salvation and the sermon He gave to His mother is known as Hari - Gita. On listening to Hari Gita, Bhaktimata fell into Samadhi or trance and it was here that Ghanshyam revealed Himself as Shri Hari residing in Akshardham. Upon awakening she saw Ghanshyam standing before her, and she immediately recognized that Shri Hari had taken birth as her own son. Ghanshyam placed His hand on Bhaktimata's forehead; she closed her eyes, and Ghanshyam sent her to Akshardham. Bhaktimata left the human body on Kartik Sud 10 Samvat 1848.

Seven months after Bhaktimata passed away, Dharmadev also fell ill. Ghanshyam also gave his father the true knowledge and revealed himself in His divine form as 'Supreme God'. Dharmadev now believes his son Ghanshyam is god in human form. Dharmadev called Rampratap and Ichharam and told them that Shri Krishna we pray to is none other than your brother Ghanshyam."" Ghanshyam is 'Supreme God' and that they were to pray and worship Ghanshyam, who is the only one to give you salvation. He also instructed Rampratap to look after Ghanshyam. Rampratap promised to obey his father's requests.

On Dharmadev's request, the Bhagwat Gita was recited for the seven days. Whilst engrossed in the recitals, Dharmadev's health greatly improved, but after hearing the recitals and having had darshan of god supreme, Dharmadev felt fulfilled and left this world on Jet Vad 4 Samvat 1848 to reside in Akshardham.

Bhaktimata and Dharmadev were now released from the curse of Durwasa Rushi.