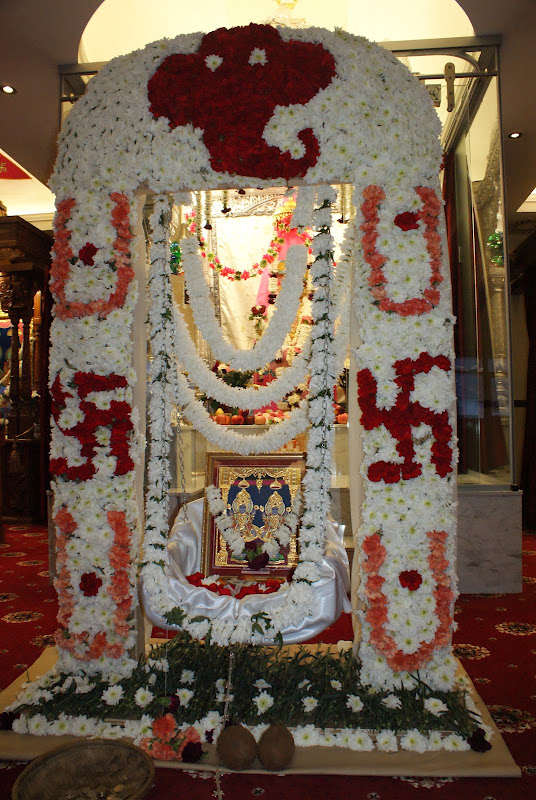 This festival marks the birth of Lord Nar and Lord Narayan. They were born as sixteen year olds to father Dharmadev and mother Murtidevi at Narayan Ghat along the banks of the Sabarmati River. Nar Narayan took birth to defeat the evil demon Kunchi, who wanted immortality. By performing penance to please Lord Brahma, Kunchi requested Lord Brahma to grant him such a boon. Brahma who himself was mortal couldn't do this so Kunchi asked for a Thousand body armours (protective shields). Each body armour would only be lost if one performed penance for a thousand years and then fought Kunchi for another thousand years. He became known as Shahastra Kunchi (a man with thousand shields) Shahastra Kunchi felt invincible and began to harass the world and demigods. In order to defeat him Bhagwan incarnated into Nar and Narayan. Nar and Narayan immediately fought Kunchi, one performing penance for a thousand years, whilst the other battled for a thousand years and so on. They continued this rotation of penance and fighting, until Kunchi realising that he only had one shield left, retreated to Suryanarayan and begged for His protection. Lord Nar therefore could not defeat him so they both returned to Badrikashram.

Many years later, as illustrated in the Mahabharat, Kunchi reincarnated as the evil Karna. However he still had the protection of one last shield, which would have to be destroyed if Karna was to be defeated. Accordingly Lord Narayan incarnated as Lord Krishna and Lord Nar incarnated as Arjun. As it was his turn to fight, it was Arjun who eventually killed Karna.

In our temples we celebrate this festival in a similar way to Vasant Panchmi, where coloured water is sprayed on devotees. A swing is made and decorated with flowers on which the Nar Narayan Dev murti is placed and devotees gently sway the swing. Poojan of Nar Narayan Dev is performed followed by an Aarti. Songs associated with the festival are sung accompanied by musical instruments. Similar to Vasant Panchmi prashad of popcorn is served. Narnarayandev Jayanti is the only birth of the Lord where fasting is not required.

In India Satsangi's go to the temple wearing white clothes in order so that they can return home completely covered by the coloured water sprayed in the temple, thus accepting the showering of blessings from Bhagwan.