Humble footholds of the Original Swaminarayan Sampraday in Melbourne, Australia started with only three Kutchi Satsangi families. The first regular satsang sabha was held at one of their homes on the auspicious day of V.S. 2061 Vasant Panchmi (13th February 2005).

As per the Wishes of Lord Shree Swaminarayan, more and more young satsangi families and students gradually started joining in the satsang crew, largely from Kenya, India and also to some extent, UK. The weekly satsang sabha and all Hindu festivals were now held in the local schools and community halls. To accommodate the flourishing numbers, and the cultural and spiritual needs of the young kids and youth, Bal-Yuvak-Yuvati Mandals and Gujarati Classes were whole heartedly commenced by our female volunteers within the following three years.

To strengthen the prosperity of the local satsang and the generations to follow, our Saints from our maternal organization, Shree Swaminarayan Temple, Bhuj – Kutch, first arrived in 2005 with the inspiration of Pujya Mahant Swami and divine elderly Saints. They have continued to visit the Australian Satsangis at least once a year during the months of December – February.  In particular, the Head of Shree Nar-Narayan Dev Diocese – H.H. Acharya Shree Koshalendraprasadji Maharajshree – made annual visits for 5 consecutive years to nurture the young budding satsang down under. “Shree Swaminarayan Temple – Melbourne” was incorporated as a non-profit cultural and spiritual organization in June 2006.

Lest we forget, what has spread far and wide around the world and now in Australia, has been a long journey made, easier and by far gratifying, with the devotion and hard work of our beloved ancestral Saints and Haribhaktos. The story started with our ancestors going to East Africa with the inspirations of our far sighted divine Saints back in India and them migrating to UK and now Australia. Not only keeping our Sanatan Dharma, Culture, Architecture, Music and Mother Language alive but also teaching compassionate, community spirit, thirst for knowledge, morality and respect for all human beings has always been an important part of the Temple where lifelong friendships have been created.

With the inspiration and support of our Divine Saints at Shree Swaminarayan Temple, Bhuj- Kutch, the local devotees began looking for a central place of worship. On 14th February 2009, a business warehouse at 69 Wadhurst Drive, Boronia was bought, which has been the physical beginning of the great temple that exists today. Now all temple Satsang activities and festivals started taking place here. Planning and Renovations works which wholly transformed the premises into a Divine Abode for the Supreme Lord were undertaken over the next 3 years with the exceptionally admirable mental, physical and financial seva of all the young, male and female, passionate devotees present then.

The temple was officially inaugurated to the Australian public on the auspicious Australia Day and India Republic Day, 26th January 2012 by His Holiness Acharya 1008 Shree Koshalendraprasadji Maharaj (the head of the Swaminarayan faith), who ceremoniously installed the Murtis (Marble Statues) of Lord Shree Swaminarayan, Shree NarNarayan Dev, Shree RadhaKrsna Dev, Shree Ram Darbar, Shree Shiv Parivaar including Shivling, Shree Suryanarayan Dev, Shree Ganeshji and Shree Hanumanji. He gave his eternal blessings to the Temple and the crew on the occasion of the Murti Pran Pratishtha Mahotsav Celebrations which was an amazing seven days of festivities in the presence of many Saints and hundreds of devotees from not only from different States of Australia but also from around the world.

During a local satsang visit in 2013, Pujya Mahant Swami Shree Dharmanandandasji pronounced his wishes and blessings to purchase the building next door at 71 Wadhurst Drive to increase the floor area of the temple to accommodate the increasing number of young devotees, a multi- purpose hall, Saint residence and kitchen, larger commercial kitchen and canteen and numerous rooms for activities and storage. By the grace of Lord Shree Swaminarayan, this great vision became fruitful in May 2014. Planning and renovations works were undertaken with great enthusiasm by all Haribhaktos of the Melbourne temple in the following 2 years. On accomplishment, the new Sanskar Bhavan, the new temple architectural shikhars and ghumats, and the new wooden carving main entrance were inaugurated and made open to public during the grand 5th Anniversary Celebrations. An incredible seven-day festival, in the presence of H.H. 1008 Shree Maharajshri, Pujya Mahant Swami and other Saints and hundreds of devotees from around Australia, was celebrated with great splendidness and harmony. 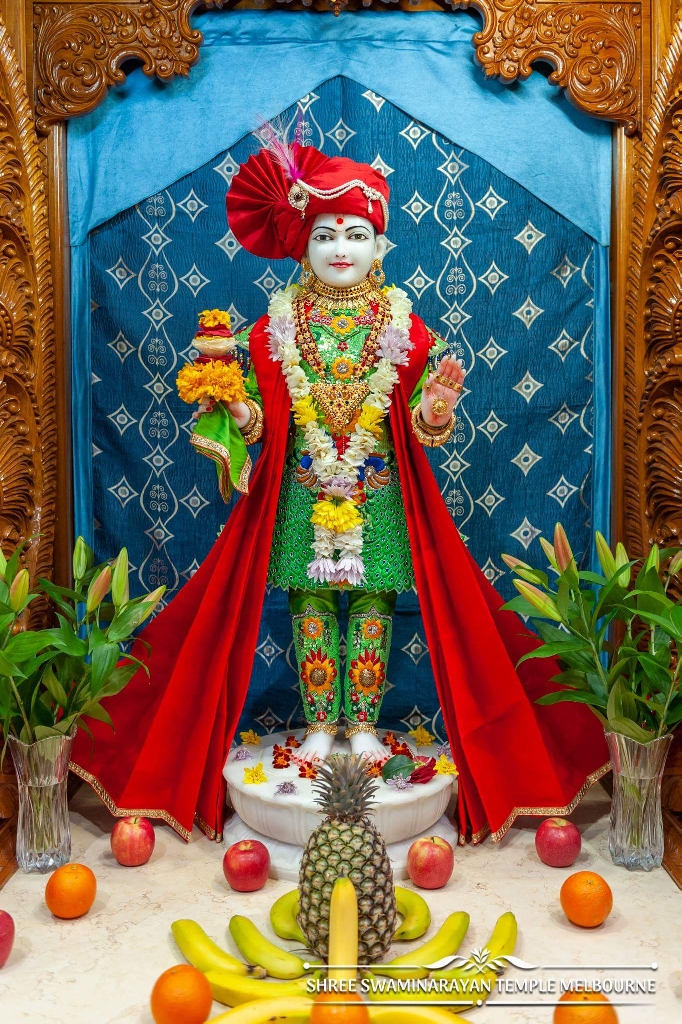 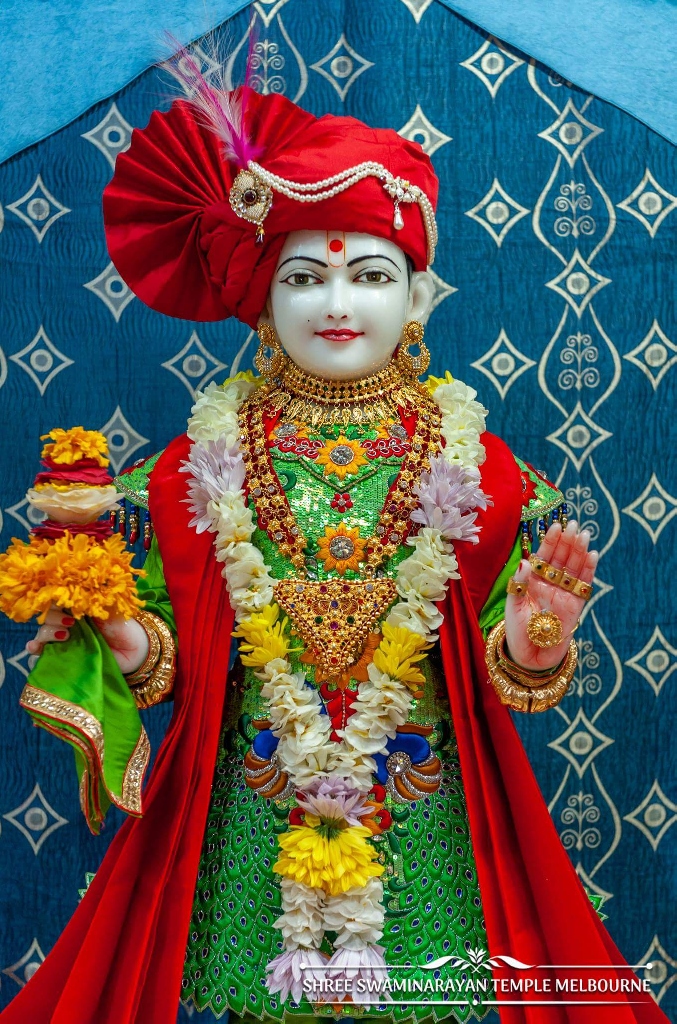 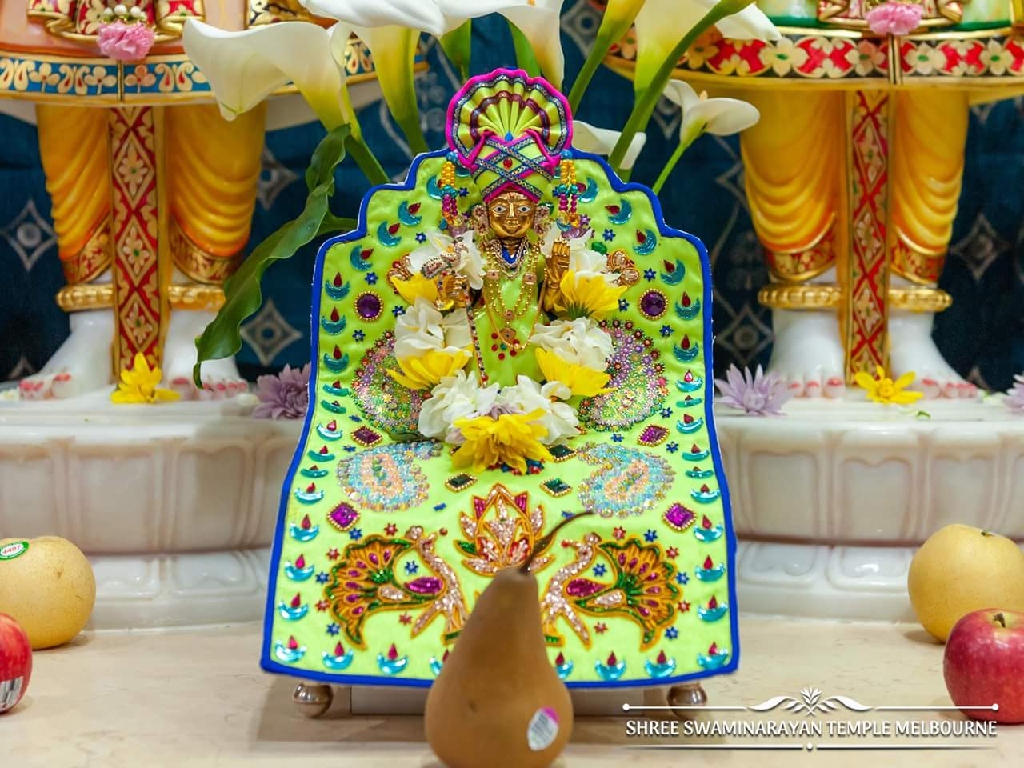 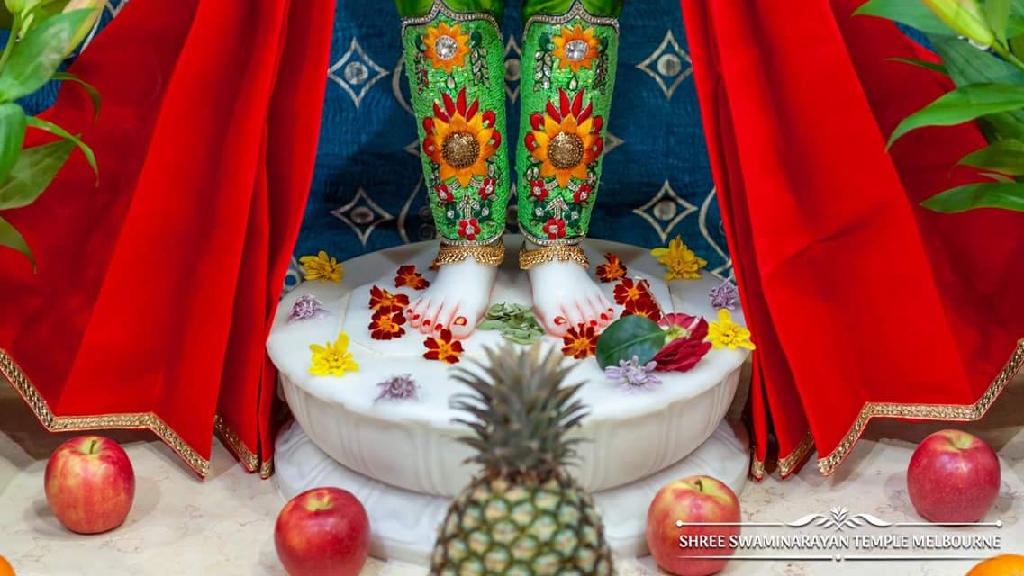