Aarti times
Morning (Monday-Sunday) - 9:30am
Evening (Monday-Friday) - 6:30am
Evening (Saturday) - 5:45pm
Evening (Sunday) - 4:30pm
History
The old Swaminarayan temple in Vaughan Rd has been the centre of worship since 1976. The increasing popularity and steady growth in devotees meant a larger place was needed. Plans to re-build on the existing site were prepared and it quickly became apparent that there were severe limitations both in economic terms and the facilities possible within a small plot size.

A building committee was set up to look for a suitable new site.

Sites in Harrow, Edgware and Kingsbury were earmarked due to its close proximity of the devotees. Indeed two locations were reasonably advanced but were lost to other purchasers.

Then the site known as Mark House on Westfield Lane, Kenton came to the market.

Initial tentative enquiries looked promising, planning would of course be a gargantuan task, During early discussions the Council were made aware of the extreme difficulties at Vaugan Rd, indeed the officers were invited during ‘Katha’ to see first at hand the problems faced by the community. There were also able to appreciate the peaceful nature if the Swaminarayan Worship.

Mark House has had a chequered industrial past, from the metals works to an ice cream factory and it would appear now to have found a rightful home.

The existing building appeared to be in a reasonable condition. Refurbishment and conversion of the building was considered. Whilst the structure was sound, architecturally to create an aesthetically pleasing temple would be prohibitive on cost grounds alone. The shell and the ground floor would also require thermal upgrading. Re-building seemed to provide the only viable solution.

Draper Neal Associates were appointed as Architects who worked closely with the building committee and the Harrow planners in preparing plans for the new temple. The scheme was revised a number of times to meet the Council’s stringent car parking and planning regulations for a public building. Great efforts were made in explaining the need, it use and the proposed activities to the local residents and the Harrow Planners and Councilors. A basement car park was introduced to alleviate the problems associated with the car parking. Through great resolve, self-belief and regular prayers at the old temple planning permission was duly granted.

The architects brief was to create a temple, which would blend the use of natural stonework typical of temple architecture in India and the brickwork much used. The stone sikhars entrance domes from Rajastan and the curved stone window surrounds and corner quoins from Lancashire appeared to give the right balance

Following planning approval the scheme was developed for construction by the Architect, Peter Neal and the structural Engineer, Khimji Lalji Pindoria. Total sums of architectural and 20 structural drawings were proposed backed by structural calculations for the sikhar supports, basement concrete walls, floors and the steelwork frame. For the project of this size full Bill of Quantities prepared were prepared by Clarke Associates together with the Tender Contract Documents.

Tenders received for the full scheme were in the region of £1.6 million. By nature Temples have a unique style of finishes and with the available expertise within the community it was felt advantageous to split the contract in two stages.

Stage 1 - Shell Contract
Stage one, therefore comprised the shell and was carried out by Contractors Jarvis of Harpenden and included foundations, basement and ground floor concrete box, perimeter brickwork, structural steelwork frame by Promet Technology (a community member company), composite metal deck concrete roof and floor of the accommodation block together with the utility services and drainage works. The duration this phase was September 1994 to September 1995.

During the course of the works a further planning permission was obtained to create a 3m wide shoe rack and circulation area at the main entrance.

Stage 2 - The Fit Out and Finishing
This stage forms than half the remainder of the works. An overall program of the works was prepared with the assistance of Laxmanbhai Construction as the main fit out contractor. After a slow start the momentum was built up and maintained until completion. Services of the architect and the structural engineer were retained.

A new Construction team was set up with trade discipline representatives embracing the expertise and knowledge within the community. From weekend working at the early stages, as the momentum built, the work progressed on a daily basis with some volunteers taking odd days off work to complete essential items and prepare for the follow on trades. Anticipated savings due to volunteer labor, purchasing materials competitively, material donations etc. is in the region of £500,000. The main trades are described here.

Electrical Works: From scheme architectural layout the in house team developed the design to integrate the capacity, selection of lights by Taison Lighting at competitive prices and phased operation for optimum use. Internally some 35000m of cabling supply power to 300 luminaires. External lighting includes lighting columns and special effects to sikhars and entrance domes.

Heating & Plumbing: Similarly heating, plumbing and drainage to the accommodation block, kitchens, w.c’s were designed and installed by the in house volunteer team. The original tender proposals were greatly improved to suit the projected usage of facilities. These included 6 No. boilers, two for prayer hall two for accommodation block and two for the kitchen. Additional ceiling mounted booster heaters are installed at ceiling level.

Floor Heating: This specialist item was carried out by specialist Durabella flooring. This form of heating is common in Europe and is becoming increasingly used in the UK. A visit to the Japanese Museum of Art was made to see where similar system has been installed, to see the system in operation. The heating pipes being bonded to the flooring serves a dual purpose at a considerable reduction in both installation, maintaince and operating cost when compared to the high level ceiling system.

Mechanical Ventilation: For the size of the hall and the stringent ventilation requirements under building regs. Pearce Associates were engaged to design the system. Air conditioning was considered to be too costly and maintenance intensive. The system selected essentially brings in fresh air into the hall via heat exchangers through inlet ducts. Return outlet ducts extract stale air from the hall to the atmosphere. The system was designed and developed for installation by FM Strategic.

Carpentry: All joinery work has been carried out by the volunteers with great assistance from Vascroft Contractors who made available their workshop and even provided manpower for the more difficult tasks. Curved window frames had to be made in the workshop and initiatives of the joiners led to improvement of the design to a Georgian style. Other new ideas include wall paneling, wood flooring and ceiling finishes and elaborate covings. Main doors and the ‘sihasans’ were made in India.

An extensive PA system has been designed in house. Special audio balconies were added to form main switch rooms. The system has been designed to serve three main purposes and includes 400m of cabling serving 50 speakers. 1) Everyday use through 35 No.ceiling speakers located in main hall, all rooms, kitchens and wc’s; 2) Utsov use with the provision of 1000 watt column mounted speaker system for live stage and music programmes; 3) Announcements with controls from switch room in hall through floor junctions.

Sikhars and Entrance Domes: The work to the sikhars by the dedicated team has been exemplary considering the state of the stone, which was damaged in transit. The works took 2 months and included an ingenious lifting gantry, which was fixed to the tower steelwork and allowed complete rotational movement aiding positioning of stones with ease and safety.

Additional matching stonework patterns, to moulds specially made on site, were cast to add a finishing touch to the stonework band along the front elevation.

Plastering: This element of the work throughout the whole building was carried out by the team of five plasterers resulting in consistent finish. They were always available even when their finished work was subsequently cut for services. The finished product reflects the quality and the effort of the put in.

External Works: The external works, roads and landscaping always give the building a sense of completion. In this respect the efforts of young and old in planting shrubs, laying block paving, kerbs and general external tidying up cannot be underestimated.

Nilkanth Hall Extension
For several years the devotees of the Shree Kutch Satsang Swaminarayan Temple (London), Kenton, Harrow, strived to advance the education of younger members and provide additional community facilities to complement the devotional and spiritual fulfilment the Temple had successfully achieved.

The management committee consulted with various specialists including planners, architects, Structural and services engineers, surveyors and other building consultants and concluded that the construction of a 1st floor extension to the Temple would provide a solution to the increased demand for facilities and educational services. Once again we enlisted the services of Draper Neal Associates to assist with the design and consultation process. Once official planning consent had been granted by Harrow Council the structural shell work was competitively tendered and contract awarded to Laxmanbhai Construction to match the existing brickwork and decorative stonework to maintain the aesthetically pleasing look of the Temple. The beautifully crafted sandstone Shikars would remain as the show piece of the skyline and therefore, the new construction was set back from the front line of the building.

Once the shell work had been completed, the construction site was opened up to the patiently waiting voluntary services teams comprising of carpenters, electricians, plumbers, masons, plasterers and decorators. Just as had been witnessed ten years prior, there was a buzz of anticipation as gradual progress was made to fit out the new hall. The building committee maintained an ever watchful eye on progress and enlisted the services of many volunteers, young and old to join in the spirit and opportunity of cooperation.

With thousands of metres of cables and pipe-work being run to accommodate a variety of services the progress became evident when the suspended ceiling complete with air conditioning and air handling units was finally installed.

The building committee opted to provide a fresh look through utilising natural stonework to highlight the walls and floors. Huge crates of marble slabs were imported from India and China along with polished floor tiles. In a very short space of time the marble and flooring were installed and the unique splendour became self evident.

The carpentry team had spent time preparing doors and frames in workshops which would become highlighted by the exquisite lighting scheme installed which create an immediate impact. The audio visual systems were also installed whilst the plumbing team fitted services in the kitchen area and fitted out the washrooms. Once the entrance doors at the head of the stairs were completed the hall had a feeling of completeness. The newly constructed hall was named Nilkanth Hall thus continuing the timeline of our Supreme Lord Swaminarayan.

Initial concerns over the ambitious timescale of the project were once again proven to be unfounded as the generous and tireless voluntary service of the devotees delivered on its promise and has provided a facility that will be enjoyed by all generations and for many years to come.

It has taken over 4 years from initial planning to the completed project which has been achieved due the tireless support of the temple Volunteers, associated firms of suppliers, contractors and professional consultants and installers of various trades.

The official opening of the Nilkanth Hall was performed during the Temple’s 10th Anniversary Celebrations on Tuesday, 26th December 2006 by His Holiness Acharya Koshalendraprasadji Maharaj of Ahmedabad and will mark another milestone in the achievements of the Shree Kutch Satsang Swaminarayan Temple, (London), Kenton, Harrow towards the fulfilment of Lord Swaminarayan’s principle to propagate education and provide service to devotees along with a congenial place of worship. 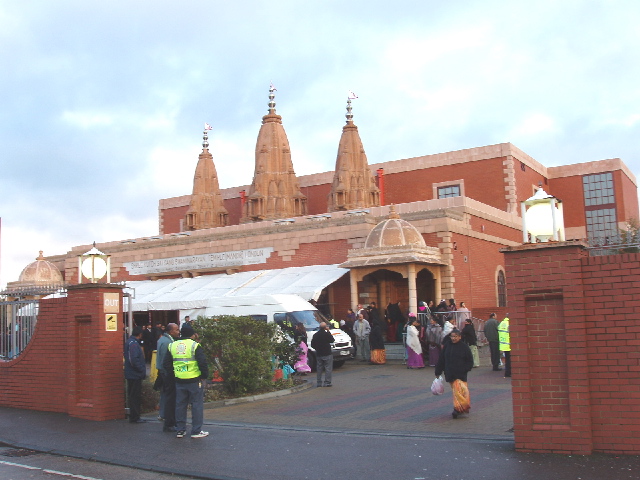 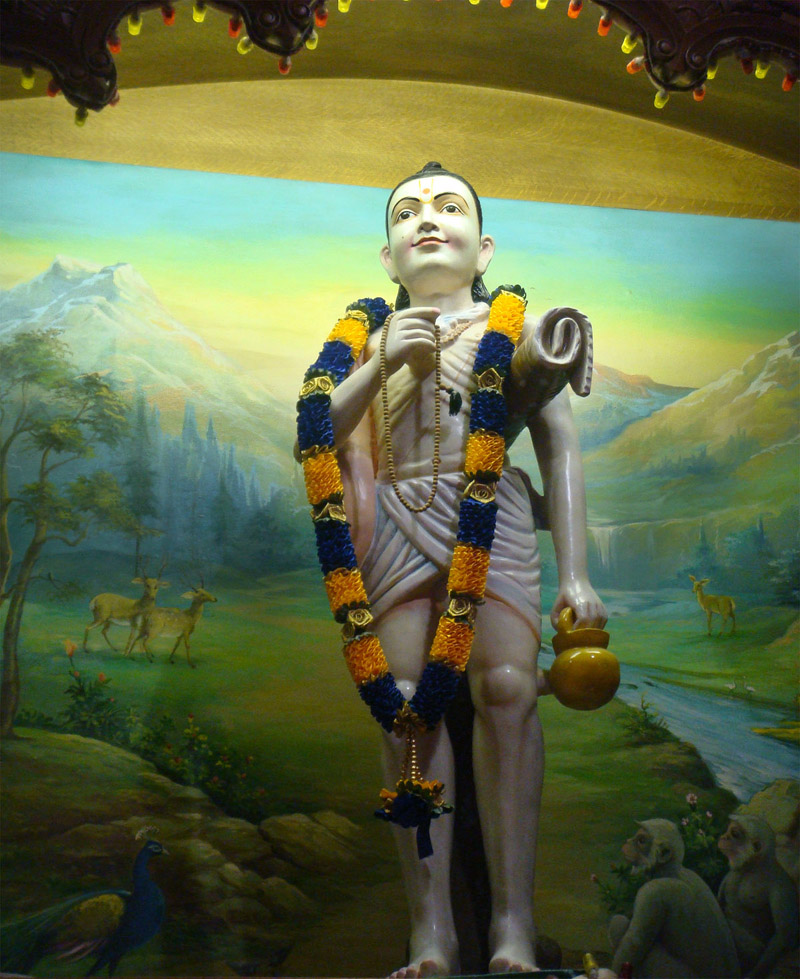 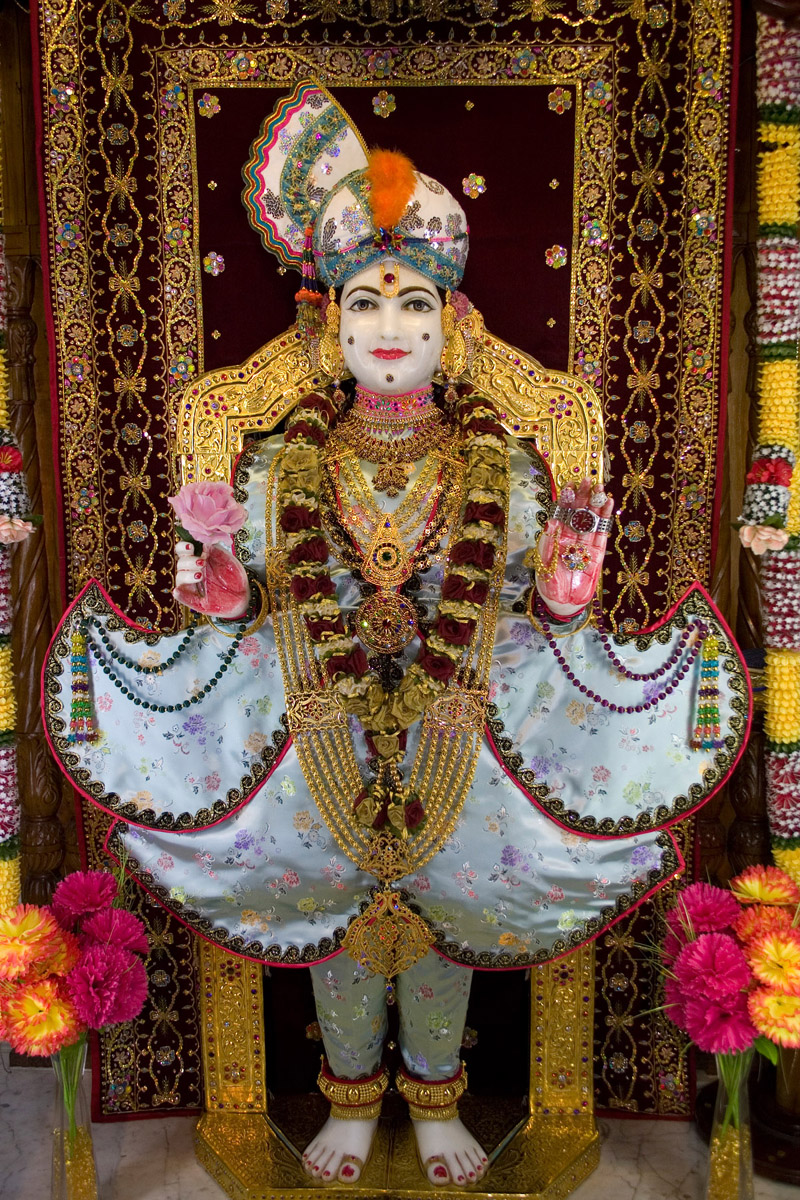 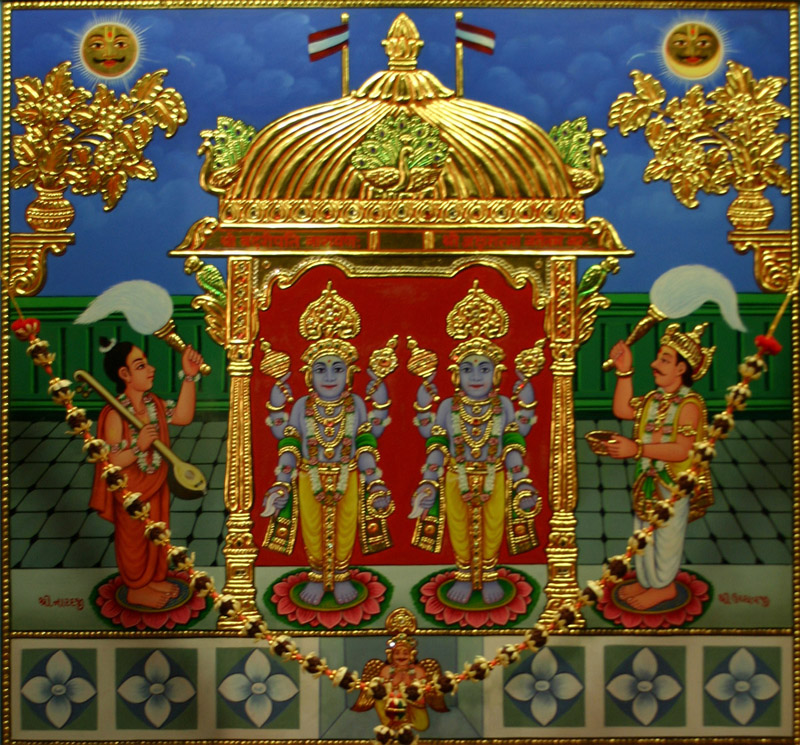 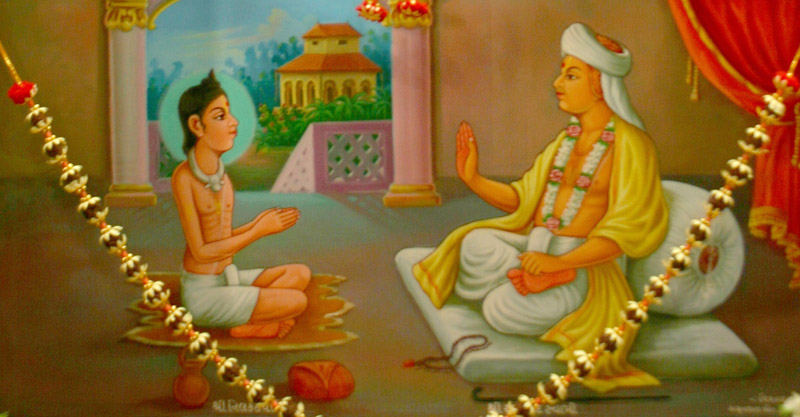 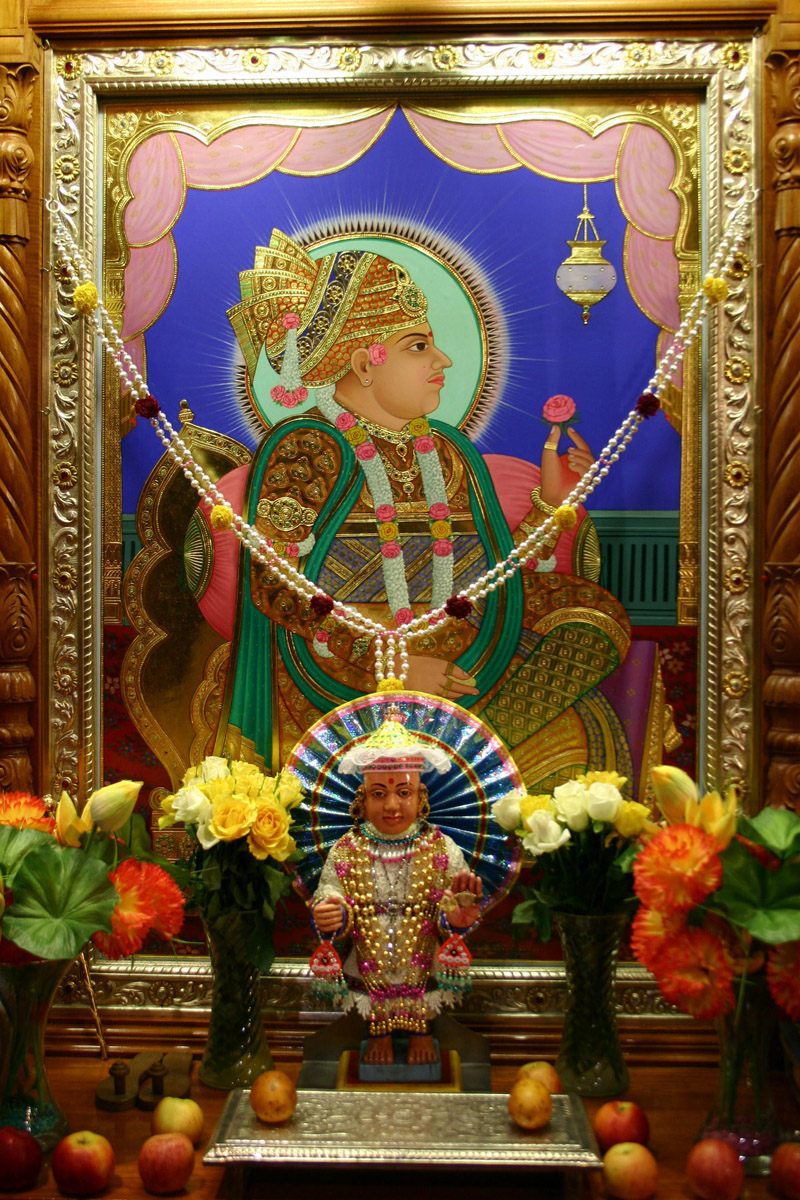 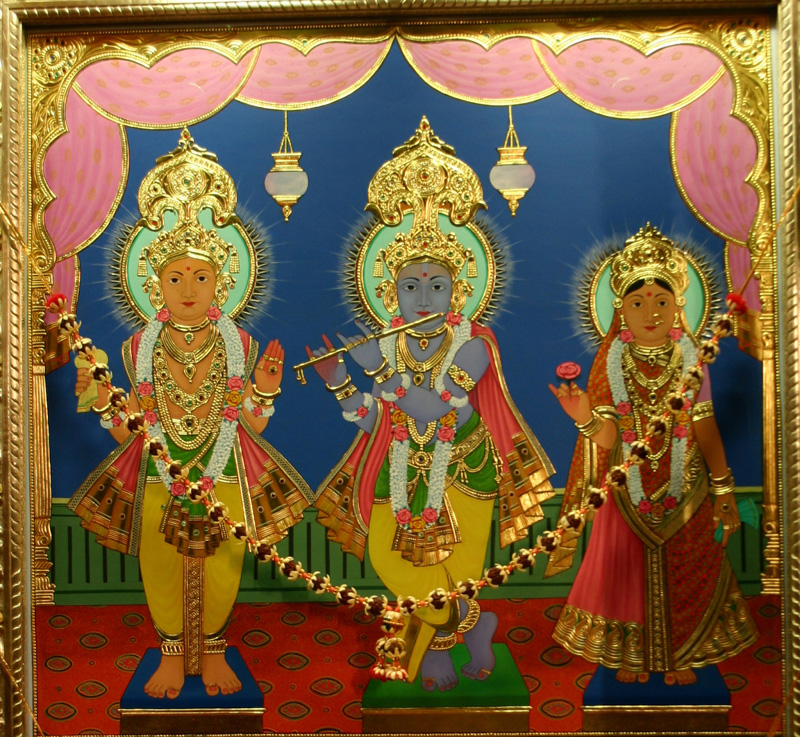 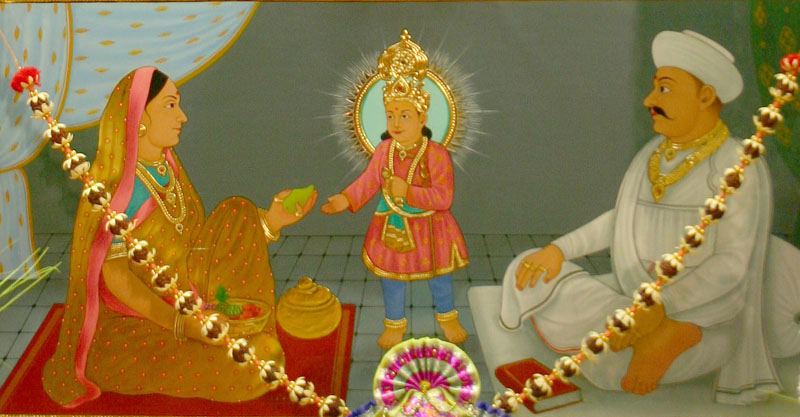 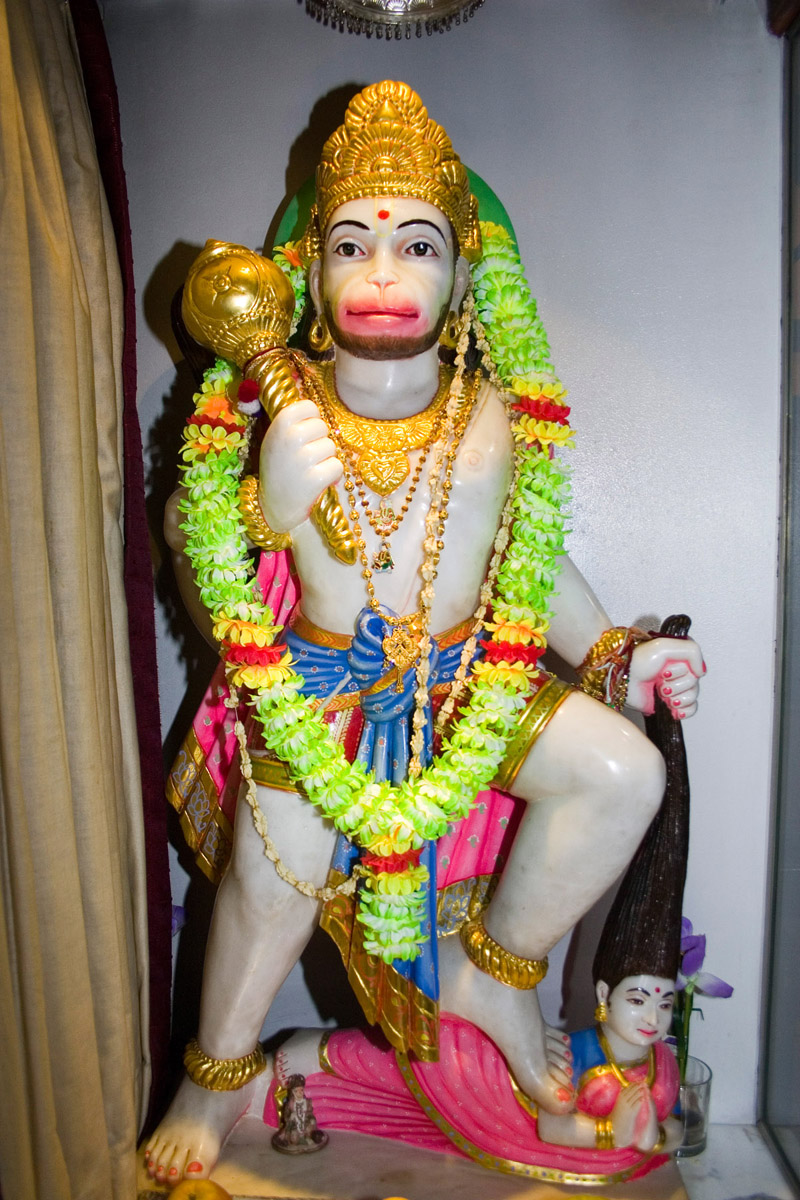